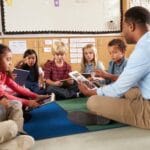 Educator Resources – For use in classroom

Educators will find these resources useful in preparing for and following up on a field trip with their students.

Curriculum** Three lesson plans integrating U.S. History and Science with Language Arts. Designed to help students grades 3 – 7 discover history and science through their exploration of public transportation systems in the past, present, and future, with a focus upon Maine.

**Targets 2007 Maine Learning Results Performance Indicators and the award-winning pedagogical standards set by the National Center for Technological Literacy based at the Boston Museum of Science.

The Automobile: Inventions that Shaped the World Robyn Conley (Scholastic, 2005)

A Picture Book of Rosa Parks David A. Adler (Scholastic, 1995)

Gives context to Rosa Parks’ role in the Montgomery Bus Boycott. Children will learn of Parks’ family life. They also will experience the day Parks refused to give up her seat and see how the black community responded and rallied. By mentioning Emmett Till and others, Giovanni contextualizes Parks’ place in the Civil Rights Movement.

Tells the story of the Montgomery Bus Boycott. The book includes the boycott story along with a parallel story, below it, of children discussing its impact. These children ask and respond in much the same way your students might respond.