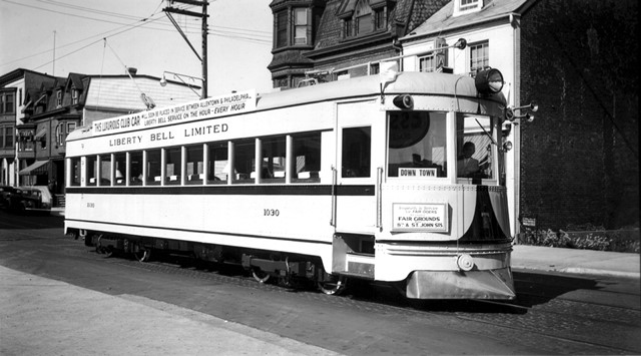 The United States was once criss-crossed by interurban trolley lines.  Interurbans in the Northeast tended to stop in town centers and run down the sides of rural roads, but west of Pennsylvania, interurbans usually acted more like mainline railroads with fast, direct service on mostly private rights-of-way.  Lehigh Valley Transit interurban 1030 saw service on both types of interurban lines.

Those of us who have walked through Seashore’s Highwood Carbarn have most likely been fascinated by this “interurban gem” with its sleek look and luxurious interior. highlight of our collection. Let’s preserve this car for future generations and use it as another reason for folks to visit our museum.

We have established a $50,000 fundraising goal this season, with the hope to begin work in 2021. Donate now to support this project and designate your gift to Fund 732.

What your Donation will Support:

A survey by our knowledgeable restoration team revealed serious body problems with the aluminum-on-steel construction, but that’s not all. The list includes deterioration of the wheels, brush holders, wiring, and a cracked brake cylinder head. Problems also involve damage to the #1 center bolster, and improper shoe wear with the brake system. The motors are in fair condition but are not correct for the car. The original General Electric 600-volt motors had been sold prior to our acquisition, and before being shipped from Allentown, Westinghouse 300-volt 539 motors were substituted. To do the job right, we should consider replacing the present ones with the correct GE-706 motors. Lastly, 1030 is in bad need of a new paint job.

Why We Should Consider the Rejuvenation of 1030 Urgent:

(1) We call this a rejuvenation rather than a restoration because the interior, roof, and some other components are in good or pretty good shape, (2) 1030 already is in the shop and other projects are awaiting precious shop space. (3) 1030 has proven to be a good fund-raiser for the Museum when it’s available for charter service. 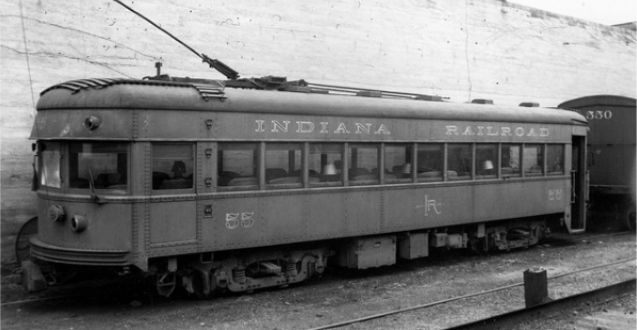 Lehigh Valley Transit interurban 1030 started life as Indiana Railroad car 55.  It was built in 1931 by American Car and Foundry and was one of the first lightweight rail vehicles.  It was followed later in the decade by mainline streamliners, such as the Boston & Maine’s Flying Yankee and the Union Pacific’s M-10000.  On the Indiana Railroad, 55 ran from Indianapolis to Fort Wayne and to Louisville.  The car operated at speeds of 80 miles an hour on mostly private right-of-way.  55 was first configured as a regular service car with a lounge section.  Then, in 1934, the IR converted 55 to all-lounge seating for use for railroad executives.

In 1939, Lehigh Valley Transit (LVT), based in Allentown, Pennsylvania, purchased car 55 and renumbered the car to 1030.  Car 1030 ran over the 55-mile Liberty Bell Line between Allentown and Philadelphia, with a set of five former Cincinnati and Lake Erie lightweight interurban cars; these cars were from the same C&LE fleet as our car 118.  LVT had purchased 1030 to replace one of the C&LE cars that was lost in a fire.  The Liberty Bell Route was a traditional interurban line with a mix of right-of-way types, including street running, roadside reservations, and private rights-of-way.  The Liberty Bell Route was one of the last trolley lines in the United States to feature roadside reservation running, stopping in most of the small towns along the line.  Both the changing right-of-way types and the fairly frequent stops limited the speeds along the line.  LVT kept 1030’s lounge car configuration and used it as a regular service car; in 1941, the lounge seating and interior was completely redone and it became the LVT’s most famous car. However, in 1949 due to another car being damaged, conventional seats were put in 1030. 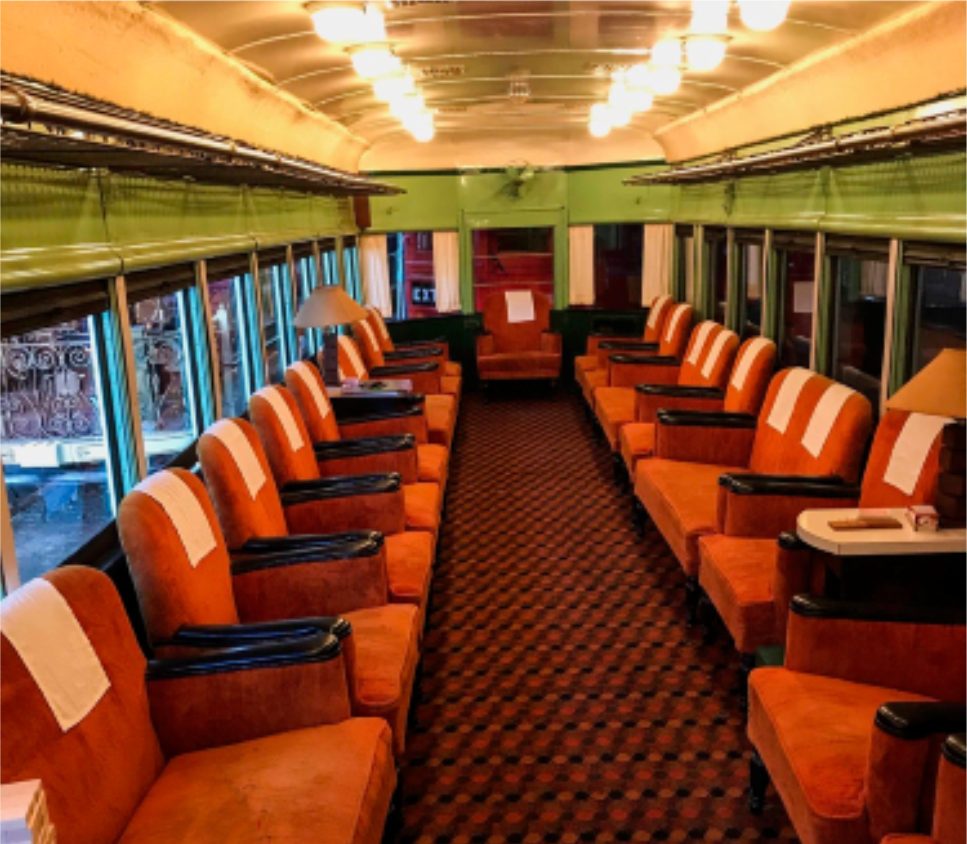 LVT retired car 1030 in 1951 with the abandonment of the Liberty Bell Route.  It was sold to a junk dealer who then resold it to the Museum.  It was the first car in Seashore’s collection from outside of New England which started our national collection.  1030 underwent a major restoration by members from the Allentown area.  During the restoration, the interior was completely brought back to its 1941 configuration, with the lounge chairs fabricated by the same furniture company (then still in business) as had made the originals in 1941. Seashore completed the restoration in 1976 when 1030 was dedicated to museum member Howard P. Sell.  Seashore Trustees have selected LVT 1030 as one of seven collection items to receive further restoration work in the New Direction Plan, with the intention of operating the car in limited service.  Please consider donating to Fund #732 to get this historic car back on our line!

And designate your gift to Fund 732

How did the Liberty Bell get its name? 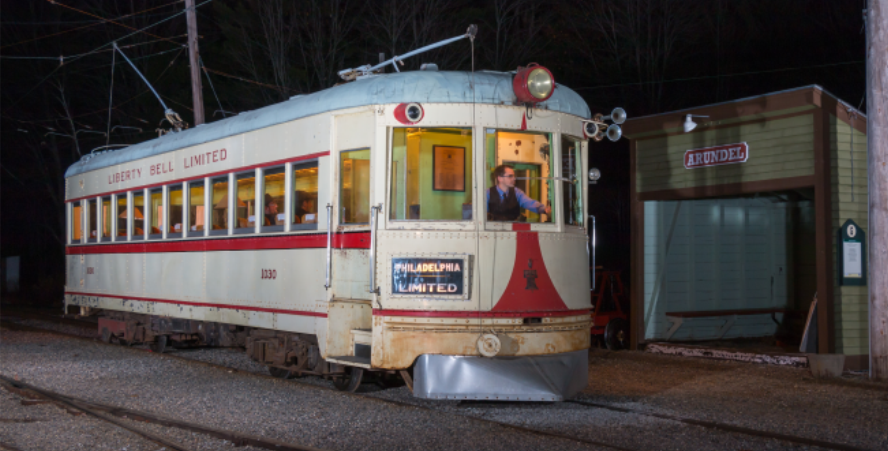 LVT 1030 poses for a photo during an evening event at Seashore. Photo by Eric Gilman

When the original tracks were first completed in 1903, the line traversed much of the route used by American Patriots in 1777 when moving the Liberty Bell from Philadelphia to prevent its capture by the British. A hiding place was found under the Zion Reformed Church in what would later be Allentown, Pennsylvania.

Rigid maintenance requirements were established for this, the Queen of Lehigh Valley Transit’s extensive fleet. Shop workers dreaded the extra work between runs, which included making sure the plants in the floral box were property trimmed and watered!

On the night of July 25, 1942, during peak wartime traffic on the Liberty Bell route, 1030 suffered a simple pole dewirement on a curve north of Perkasie. The following car couldn’t stop in time and slid into the observation end, fortunately resulting in no fatalities. Within 90 days, the damaged cars were hurriedly repaired and back in service. Some of 1030’s current problems stem from that old accident.

Levels of Giving & Incentives Tom & Ron Are Offering when Pledges are Fulfilled:

Patron: $2,500 or higher–­­Recognition on 1030’s vestibule plaque, plus free charters for the Patron and guests.

Benefactor: $5,000 or higher–­­Top recognition on 1030’s vestibule plaque, plus free Charters for the Benefactor and guests plus one more incentive to be developed.

For making one of the above pledges, STM Members will receive a 3-Inch-diameter embroidered 1030 Patch and a 2-Inch-diameter medal pin on badge; Two (2) sets for 1030 Club & above! 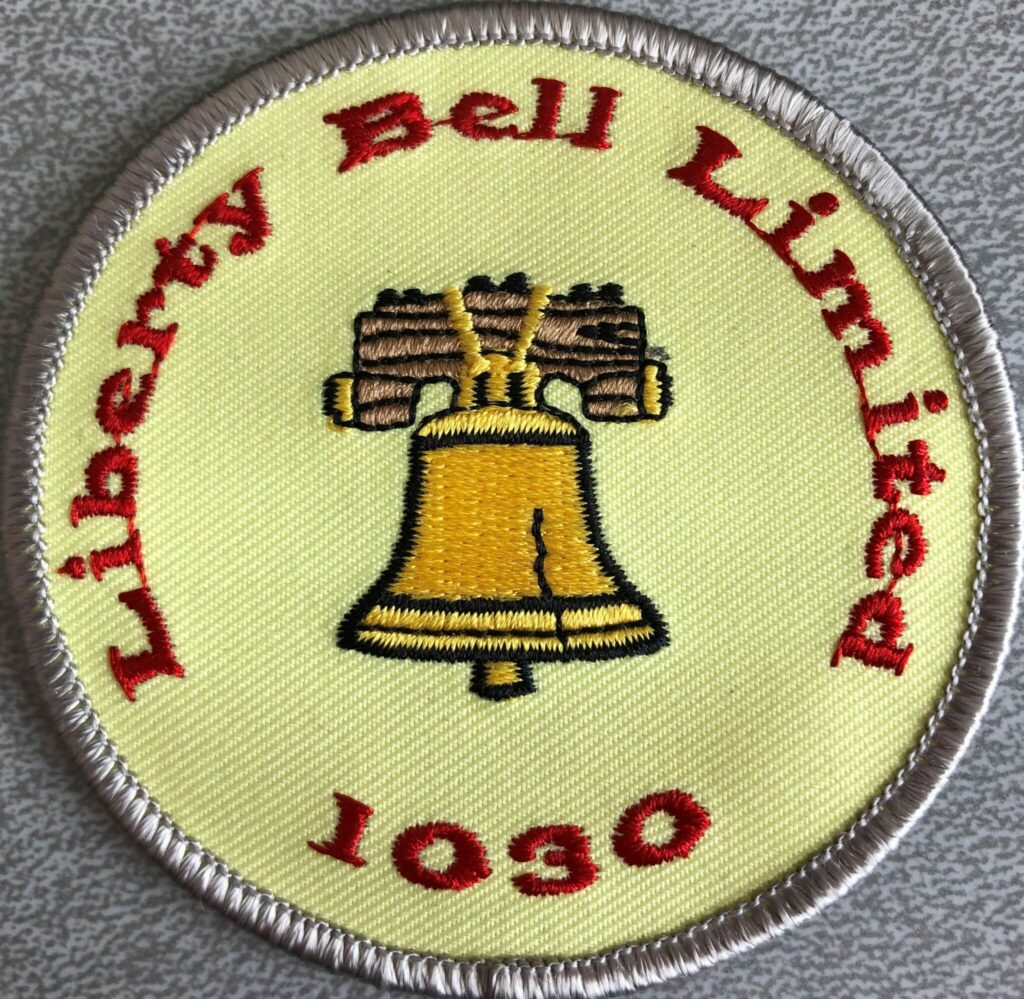 And designate your gift to Fund 732

Tom Ruddell and his brother Ron have been big supporters of 1030 for many years at the Seashore Trolley Museum. Both have great memories of riding 1030 on the Liberty Bell Route.

Tom joined the museum shortly after 1030 was acquired and, on his first trip to Seashore in 1956, vowed to see the car restored to its former glory by working on it with many other volunteers during summer vacations and by heading up the successful fund-raising campaign that resulted in the car going into service during the nation’s Bicentennial Celebration.

Ron joined Seashore in the late 1990s and has been active in STM operations and in helping maintain 1030.