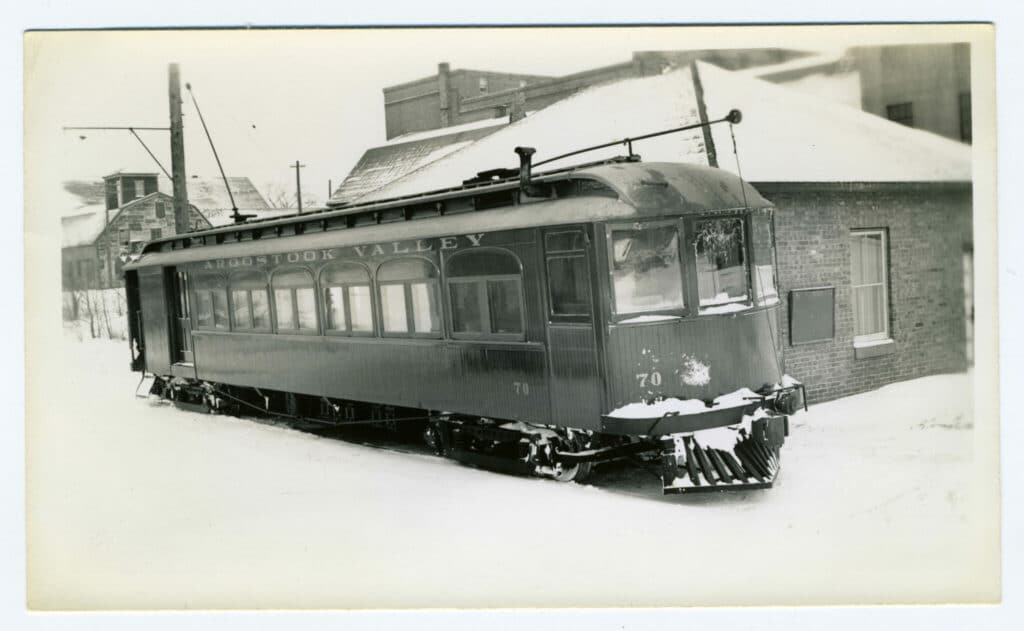 Aroostook Valley interurban 70 is a classic 1910-era wooden combine interurban car which carried both passengers and freight in extreme northern Maine. The car is on the National Register of Historic Places as part of Museum’s Maine collection. Upon its arrival at Seashore in the 1950’s, extensive work was completed to restore and preserve the exterior of the car.

Aroostook 70 was selected as part of Seashore’s New Direction fundraising initiatives for several reasons. Aside from it’s rich, local history, in comparison to many other transit artifacts in our collection, this piece does not need as extensive restoration work as others. Work has been identified as “medium” in scope, and mostly needed in the interior. Over the next few years, we will be developing a detailed plan to complete the restoration so that the car can live on for decades to come and join our operating fleet.

We have established a $80,000 fundraising goal, with the hope to begin work in the next few years.  Those that wish to contribute now may designate your donation to Fund 504. 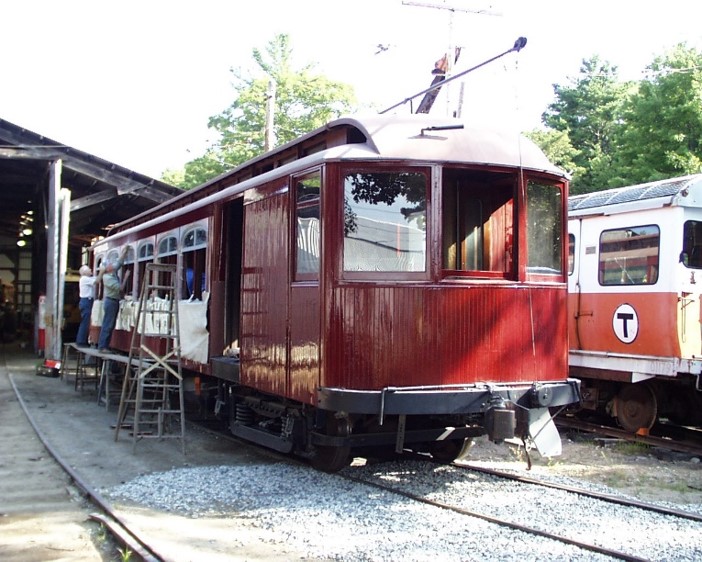 No. 70 receiving a fresh coat of paint during restoration at Seashore. Jim Schantz photo

Your Donation Will Support: 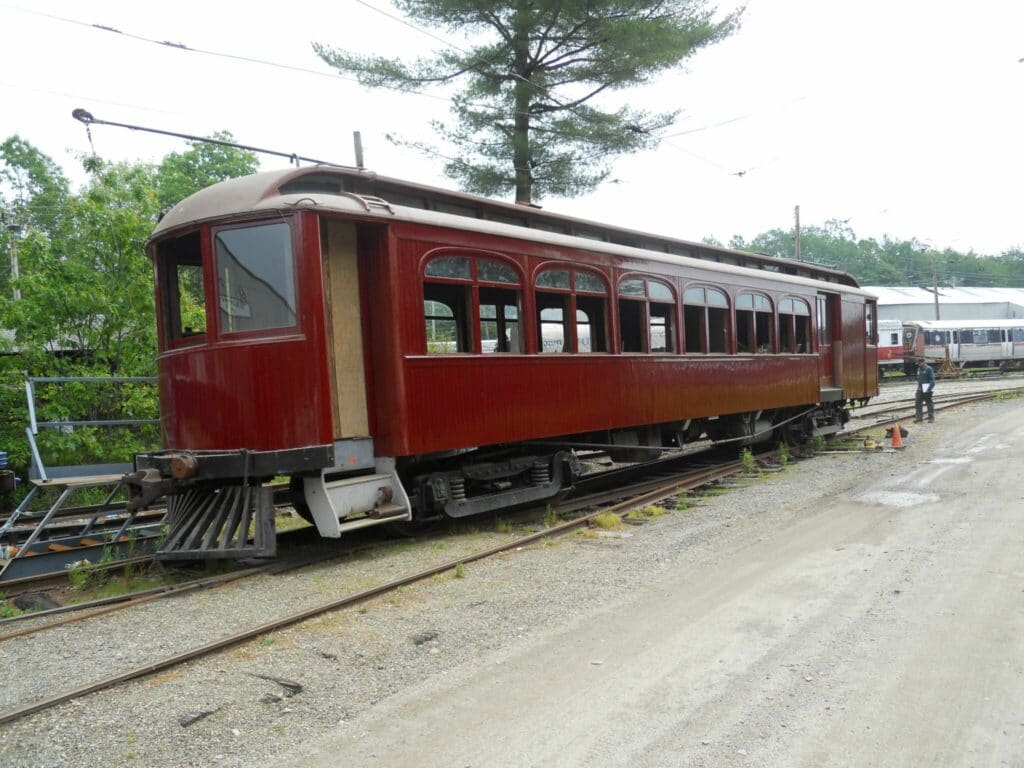 The Aroostook Valley Railroad opened in 1910, eventually connecting two Maine cities, Presque Isle and Caribou, and two nearby towns Washburn and New Sweden. The AVRR connected with the Canadian Pacific Railway and provided competition to Bangor and Aroostook Railroad. The line carried many more potatoes than passengers, and barely qualified as a street railway under Maine law.  The BAR had reached Presque Isle in 1894.  To encourage BAR’s construction, the state had granted the BAR a 30-year railroad monopoly.  To protect its monopoly, the BAR sued to stop construction of the AVRR, but, as a “street railway,” the AVRR was able to proceed.  The CP acquired control of the AVRR in 1931.  Despite serving an area with little population, the Aroostook Valley survived as an electric operation until 1946, and as a diesel switching line until almost 2000.  No. 70, along with No. 71 which is also at Seashore, formed the backbone of the AVRR’s passenger fleet.  Wason built Nos. 70 and 71 in 1912.  The cars have two compartments, one for passengers and one for baggage and express.  As a combination of a coach and an express car, these are called combines.  The cars were painted the Canadian Pacific’s maroon color with gold leaf striping.  Nos. 70 and 71 were not fast but provided a smooth ride over the relatively lightly built tracks.  No. 70 made the last passenger run over the AVRR on August 7, 1946.  When passenger service ended in 1946, the AVRR was the last electric interurban passenger carrier in New England. 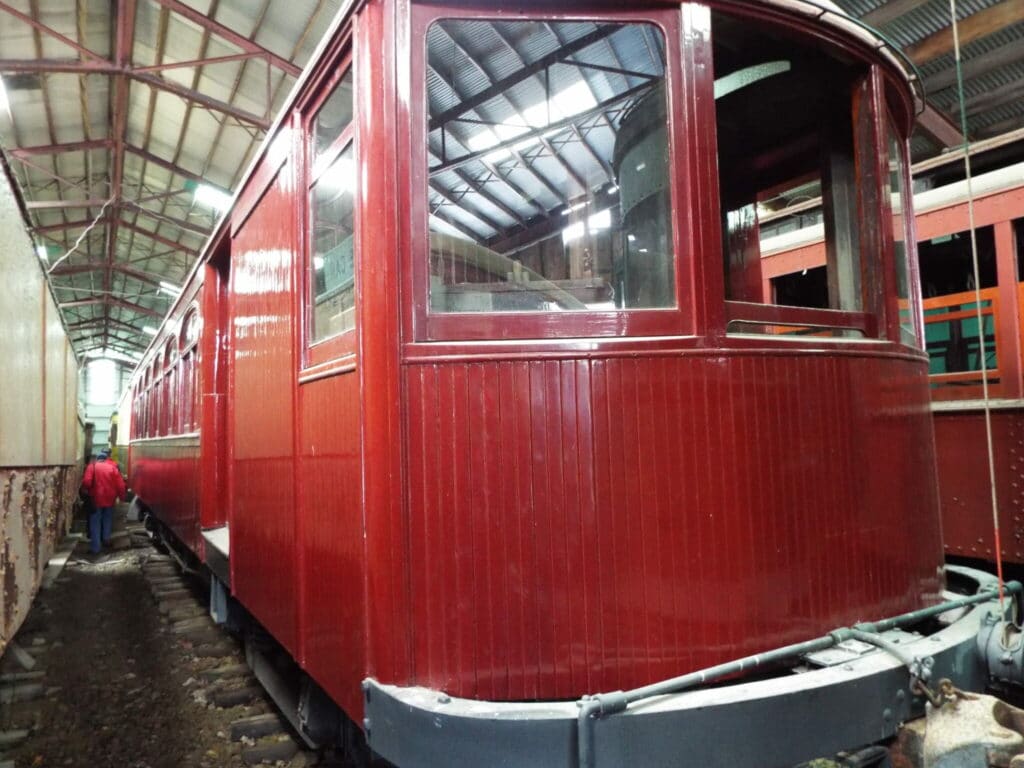 Seashore purchased Cars 70 and 71, along with AVRR box motor #52, for $350 when AVRR passenger service and electric operation quit in 1946. This was Seashore’s first post-war acquisition.  The three vehicles moved by freight train over the CP, Maine Central and Boston & Maine.  They were stored at the Boston and Maine’s Billerica Shops until Seashore was able to accommodate them.  Sources show the move to Kennebunkport was sometime between 1955 and 1959.  Seashore has done extensive renovation on No. 70 during the period since 1946.  Car 70 is complete and operational.  Nos. 70 and 71 ran on 1200 volts and operate at half speed on Seashore’s 600 volt power.  No. 70 is listed on the National Register of Historic Places.  (See also: NEERHS 1999 Annual Report, p. 15; “Aroostook Valley Railroad #70, Maine Collection Survey,” available here.)

And designate your gift to Fund 504 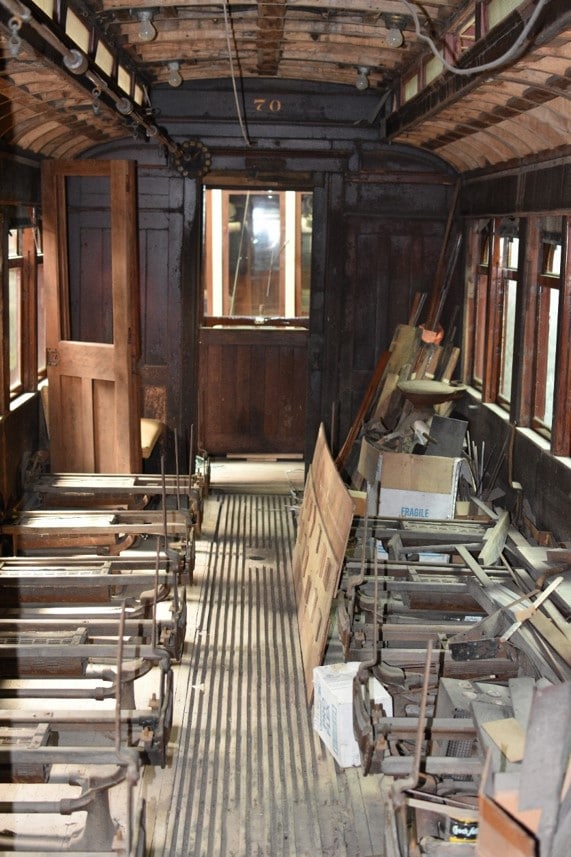 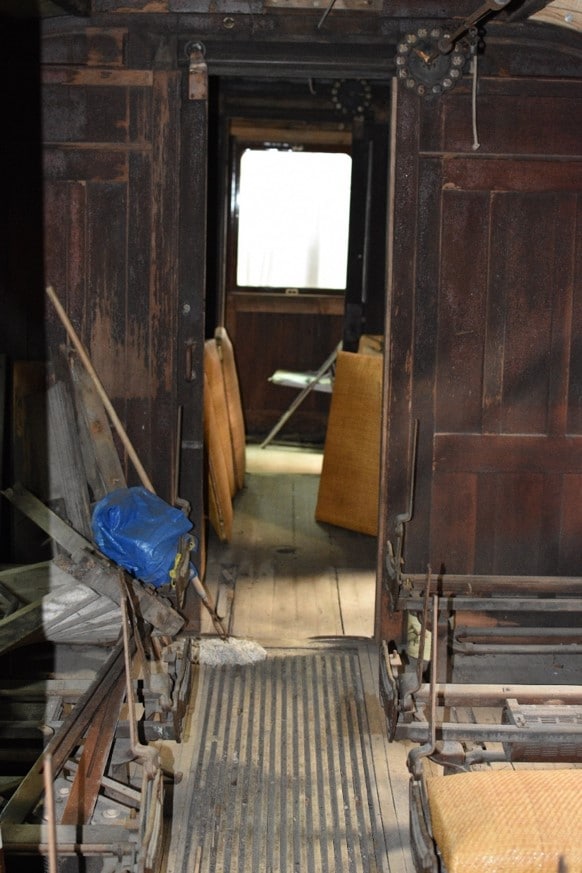 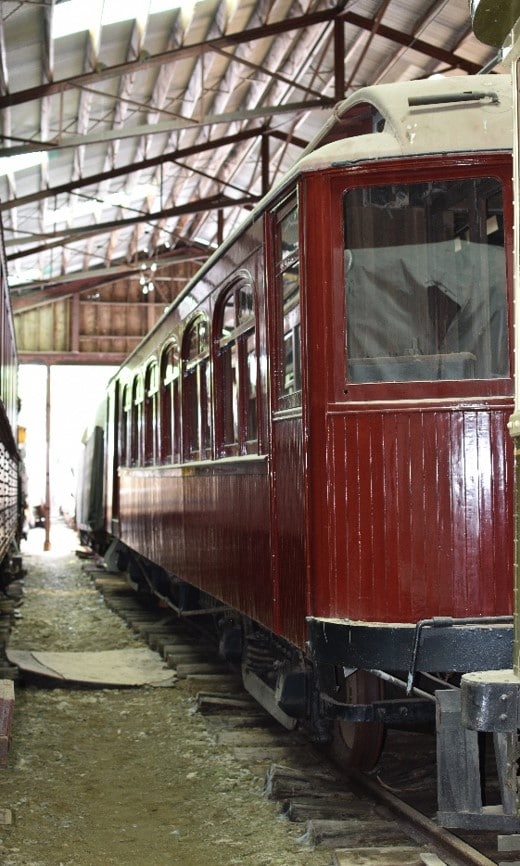 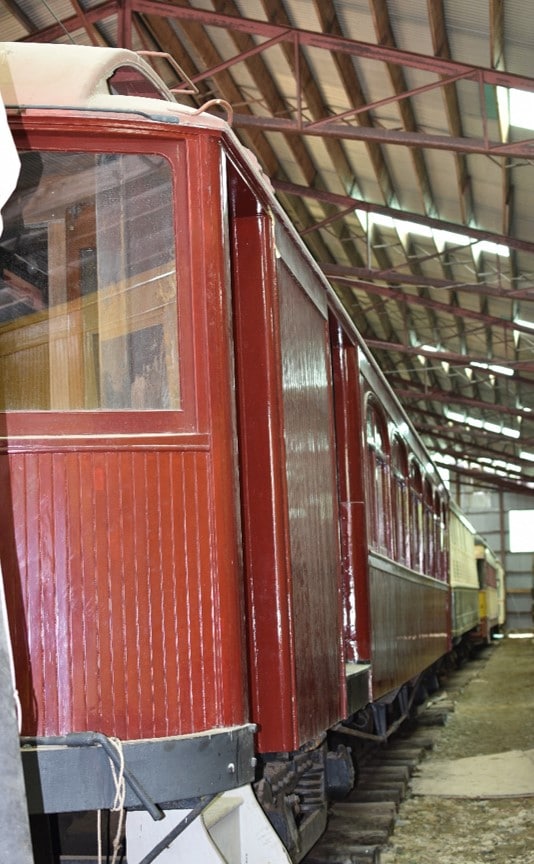 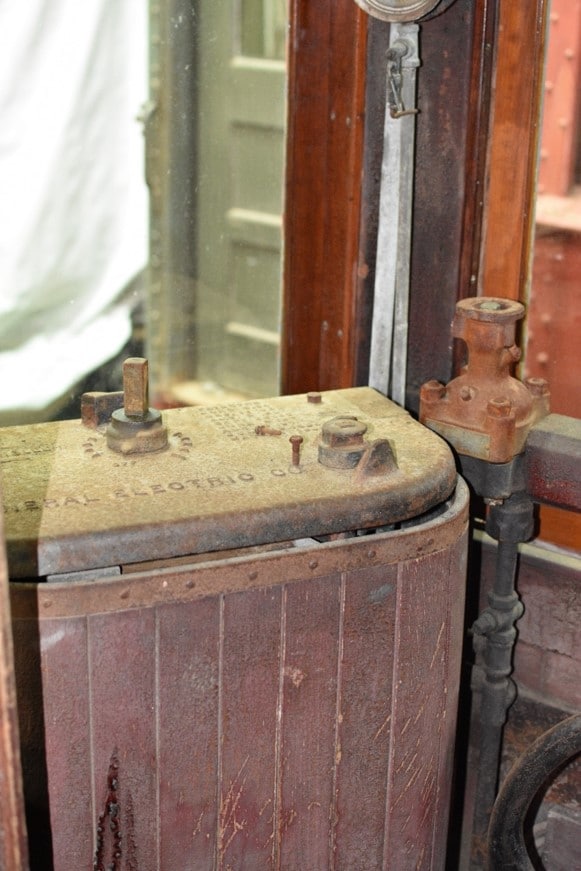 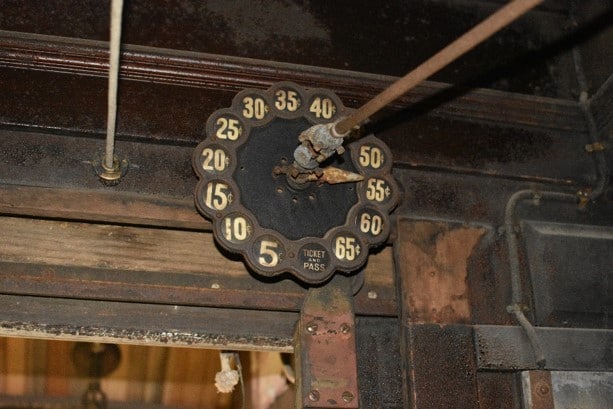 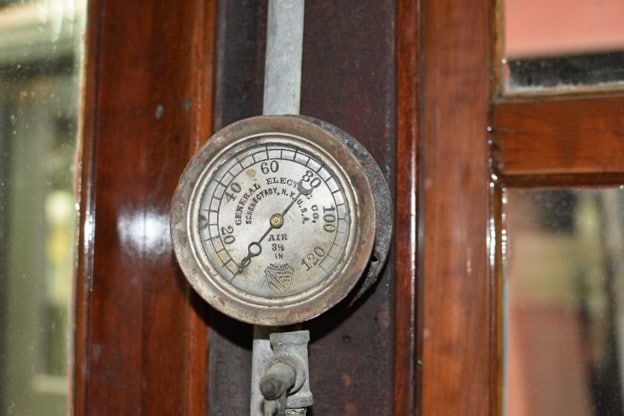