Project Sponsor: Ed Ramsdell
Fundraising Goal: $170,000
Questions for Ed? Want to get more involved in the project? Contact him here.

The bus operated in the harsh New England climate for nearly 50 years. When it arrived at Seashore, indoor storage was not available for the bus, and the elements continued to take their toll on the overall condition of the bus. The bus continues to deteriorate structurally, and many of the mechanical components are in need of a significant overhall.  Over the next few years, we will be developing a detailed plan for full restoration and mechanical upgrade, so that bus 784 can live on for decades to come.

We have established a $170,000 fundraising goal, with the hope to begin work in the next few years.  Those that wish to contribute now may designate your donation to Fund 541. 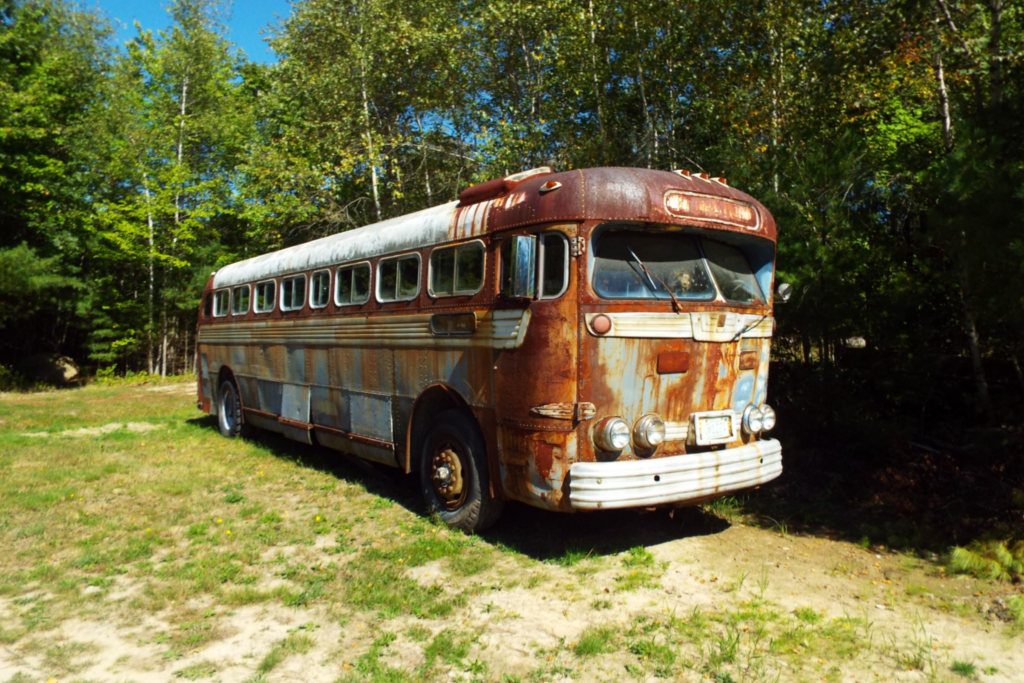 The Boston & Maine Transportation Company, a subsidiary of the Boston & Maine Railroad, served an area similar to the railroad’s. By 1949, the bus system has two primary divisions. The Boston Division served routes from Boston to Lowell, Nashua, NH, Manchester, and Concord via the NH Lakes region on to Littleton, NH and Bretton Woods, NH including local city transit service between Manchester and Concord, NH. The Portsmouth Division served routes from Boston via Portsmouth, NH to Portland, ME.  The Portsmouth Division also conducted city transit operations in Portsmouth, NH, between Portsmouth and Dover, and between Portland and Biddeford. At Portland the BMT provided coordinated through bus service with The Maine Central Transportation Company, subsidiary of the Maine Central Transportation Company (MCT), so that passengers could ride between Boston and various Maine points (Lewiston, Bangor, Bar Harbor and such without needing to changes coaches at Portland.  In the summer a through service was provided between Boston, Portland, Bangor, and Glace Bay, NS as well as a summer only service from Hampton Beach, NH to Montreal, PQ via Concord, NH and Hampton Beach to Quebec City, PQ via Portland and Jackman Station, ME.

In May of 1949 the Boston & Maine Transportation Company (BMT) received five GMC PDA-3703 37 passenger parlor coaches including #784.  Later in that year they received another four PDA-3703s with 39 seat capacity.  These acquisitions continued the process of replacing equipment worn out by the demands of the WWII era and also replacing gasoline powered coaches with more efficient diesels.

When operating on the BMT Portsmouth Division these PDA-3703s would have been stationed at the Boston, Portsmouth, or Portland garages.  From these locations the buses would have operated over the various routes as required including the coordinated BMT/MCT schedules and also providing extra capacity when trips required extra buses.  These coaches were also used on the Portland – Biddeford local service and train connections to Montreal from Old Orchard Beach providing direct connections with both CN and CP trains at Portland for Montreal. 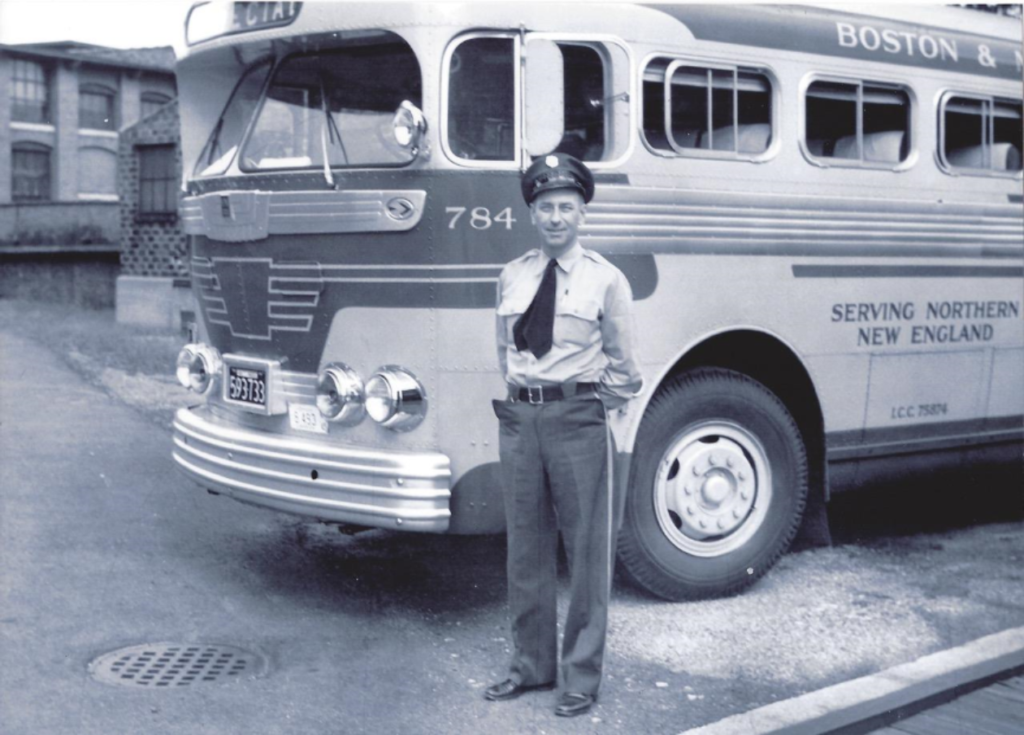 In 1957 the BMT was downsizing in the face of ever-increasing competition from the private passenger car that was accelerated by the growth of the Interstate Highway System (NH – I-95 opened 1950, ME – Kittery – Portland 1947, and Portland to Augusta 1955).  In January of 1957 the Lawrence, MA to Manchester, NH operation of the BMT was sold to the Trombly Motor Coach Service of Andover, MA along with two of the 1949 PDA-3703 coaches (783, 784) plus two earlier PGA-3702 coaches built in February 1945 (755,756).  Incidentally, the D in PDA represents diesel while the G in PGA stands for gasoline.  BMT 784 became Trombly #84 and in a 1959 renumbering became Trombly #158.  These coaches operated on the Trombly scheduled service between Manchester and Lawrence as well as in charter service.  Trombly Motor Coach entered voluntary bankruptcy in November 1961 and the coaches were sold in January of 1962.

A gap in our history occurs here as our next record of #784 is it’s appearance in the Fall of 1965 as coach #1 of W&W Lines of Antrim, NH operating a brief service (reported as roughly one month) between Hillsboro, NH and Rockingham Race Track.  W&W provided the blue paint job that we see remnants of today.

Circa 1978 Loring Lawrence of Manchester, NH acquired the coach from Dublin Christian Academy.  Mr. Lawrence is editor-in-chief of the Bus History Association.  Herb Pence, Seashore member and former General Manager of the Manchester (NH) Transit Authority, remembers Mr. Lawrence having rehabilitation work done on the coach and storing it at the Manchester Transit Authority (MTA) garage.  The coach remained with Loring Lawrence until 1999 when he transferred it to Seashore.

The color photograph above is #784’s current condition at Seashore. To help us preserve the bus and restore it back to its former glory, please donate to fund number #541.

And designate your gift to Fund 541