The Maine Central Model Railroad will be relocating to a new home at Seashore Trolley Museum in 2022, with thanks to a very generous donation from the Wyss Medical Foundation.

The beautifully crafted model railroad layout was built by Helen and Harold “Buz” Beal in Jonesport, Maine. For decades, the couple opened their home to guests from all over the world to view one of Maine’s largest layouts in HO-scale. From Quoddy Lighthouse to the mountains of Maine, to the paper mills and Dragon Cement, street blocks representing the communities the Maine Central Model Railroad operated through and several roundhouses, tunnels, rivers and the ocean, the layout has it all. Best-selling author Stephen King even provided the designs of his Victorian home in Bangor to the Beal’s, and they replicated it expertly.

Upon Buz’s passing in 2013, Helen continued to curate the layout while looking for another model club or nonprofit to resume ownership. Because of the layout’s impressive size, no one could accept the donation without taking the model apart and making the layout much smaller.

Hansjoerg Wyss, a friend of the Beal’s and a rail enthusiast and philanthropist, approached Seashore Trolley Museum in 2020 to ask if they might consider providing a home for the layout. Like the other groups approached, the museum did not have the space to display such a large model. The museum researched the layout for months to determine how the layout could be kept as intact as possible and relocated to Kennebunkport, and what type of facility would be needed to house such an artifact.

A custom-building design was developed by Museum friend and architect Herb Fremin. Fremin also helped the museum determine the most minimal way to adapt the model to meet Kennebunkport building codes and ADA compliance, in particular widening all the aisles to modern standards. Builders and engineers were approached for quotes to help the museum identify how much funding would be needed. The museum also put together a 10-year operating budget for the new building, including the new full-time staff and volunteers needed for the same period.

Wyss invited the Museum to present a preliminary plan and he gave the go-ahead. All costs will be covered by his foundation! The total value of the construction, relocation, and 10-year costs will likely be in excess of $2.6 million—the largest gift in Seashore Trolley Museum’s 82-year history.

The new model building design calls for a large, open space for the layout, office space for volunteers and staff, a combined workshop/conference room; a retail location so the museum can bring in additional revenue through model sales; and a mezzanine viewing gallery that has potential for community programming and other activities with elevator access. The location of the building will be across from the museum’s current Visitors Center.

The museum hopes to break ground late spring/early summer 2022. After the building is complete, a professional model railroad layout moving company will help set up the layout in its new home, and add the new sections needed. Museum volunteers and a future Model Railroad Club for all ages housed at the museum will help refresh the layout and build the landscape and new buildings on the new sections, most likely adding in trolley lines to even better connect the layout to the museum’s overall mission.

The most exciting benefit to the museum of all is that after serving the community and the world for 82 years, once the building is completed and the layout is live, the museum will be open year-round for all to enjoy for the first time in history!

Seashore Trolley Museum would like to thank Helen Beal and the Beal Family, the Wyss Medical Foundation, and the stakeholders who have helped behind the scenes to make this donation possible.

Located at 195 Log Cabin Road in Kennebunkport, the Seashore Trolley Museum is the world’s first and largest electric railway and transit museum. The museum will open for its 83rd season on May 1, 2022. For more information about this donation, please reach out to the museum’s Executive Director, Katie Orlando, at [email protected]. 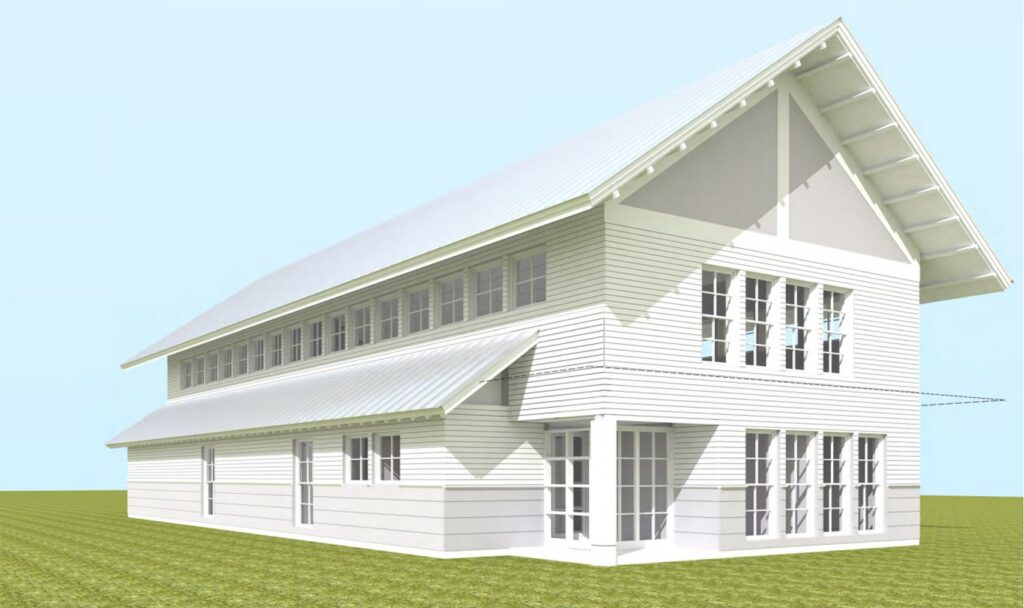 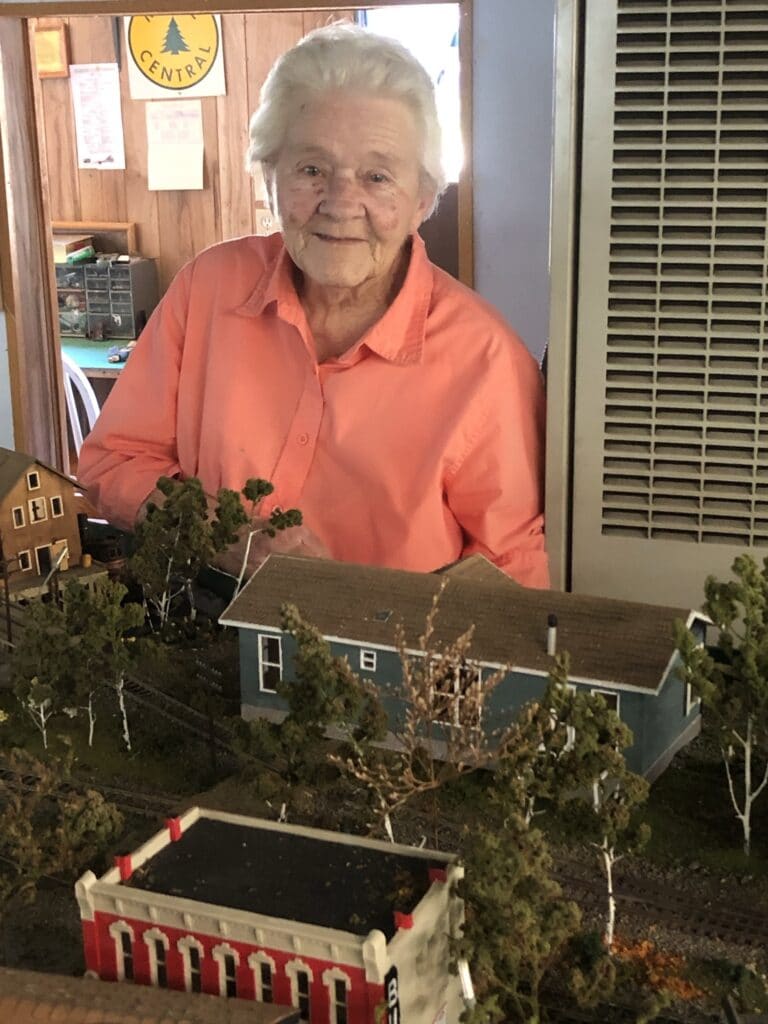 Helen Beal (Jonesport, Maine), designed, built and operated the Maine Central Model Railroad with husband Harold “Buz” Beal for the past four decades. Helen is standing in front of a model her husband made of their own Jonesport home (green). 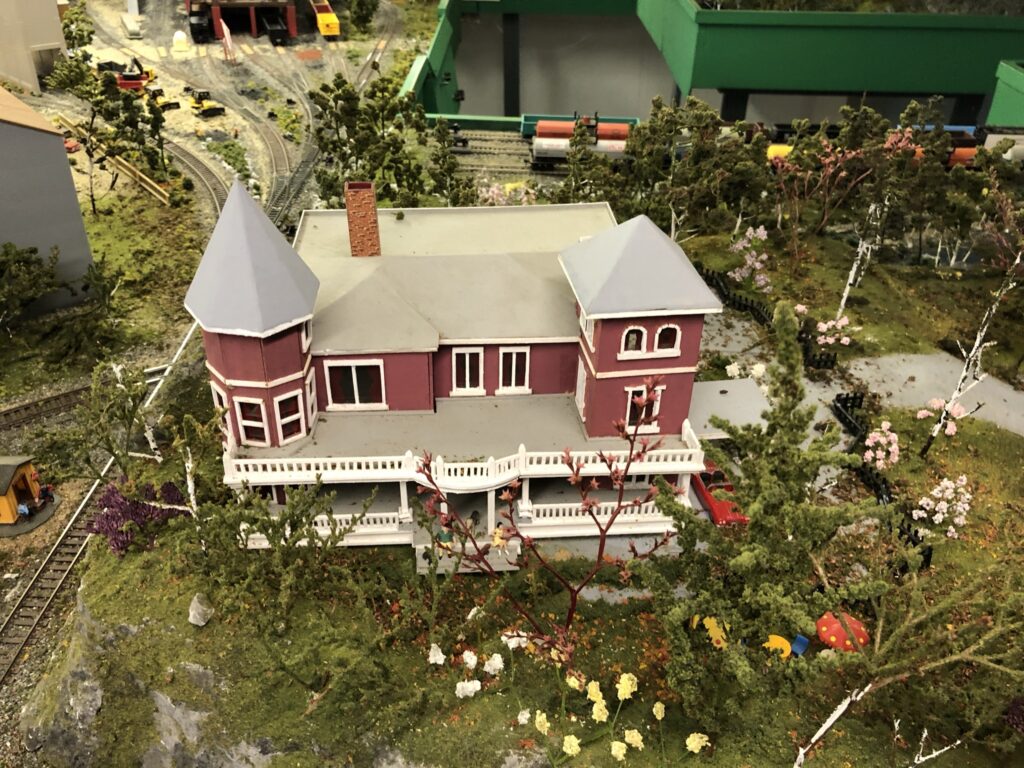 Best-selling Author Stephen King provided the designs of his Victorian home in Bangor to the Beal’s to recreate the home in their model railroad layout. 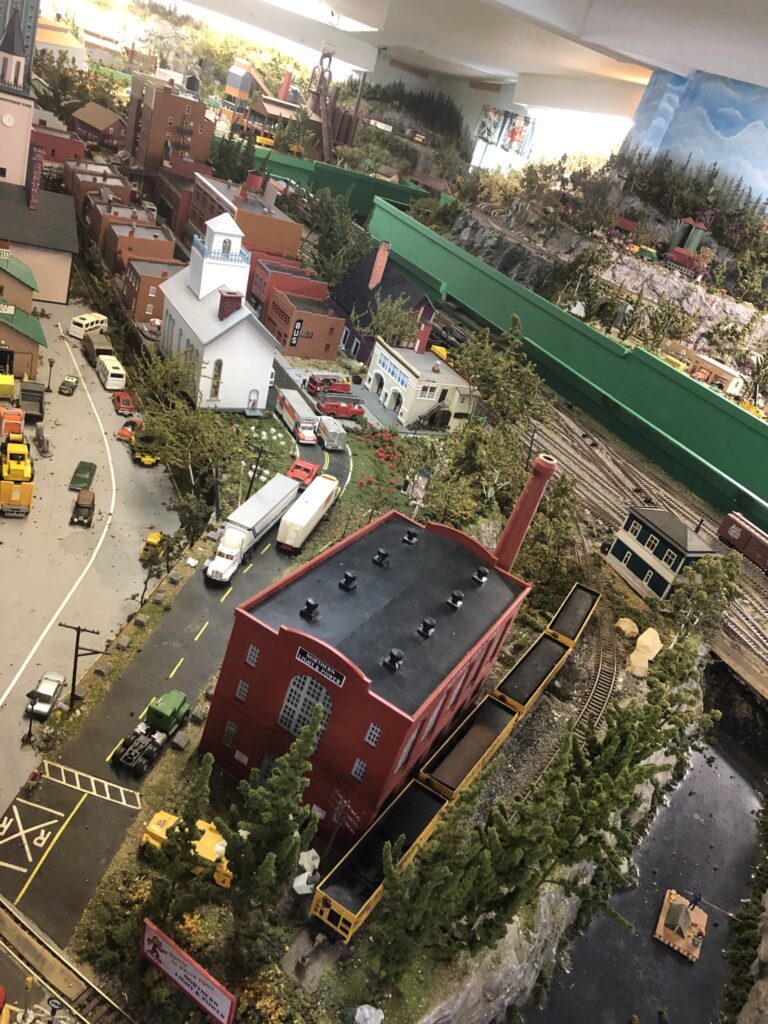 One small section of the Maine Central Model Railroad, soon relocating to Kennebunkport Maine from its current home in Jonesport, Maine. Downtown Bangor is pictured in the foreground, modeled after its appearance in the mid-1900s. 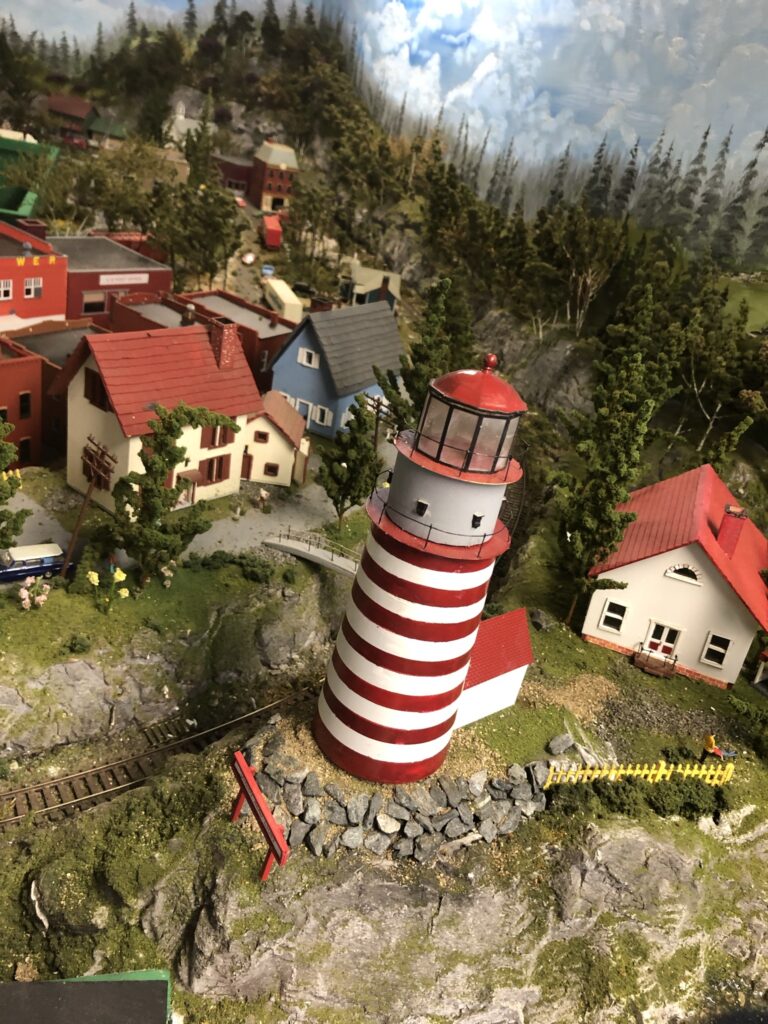 Coastal towns are also depicted in the Maine Central Model Railroad layout, including Lubec, Maine and the Quoddy Lighthouse. 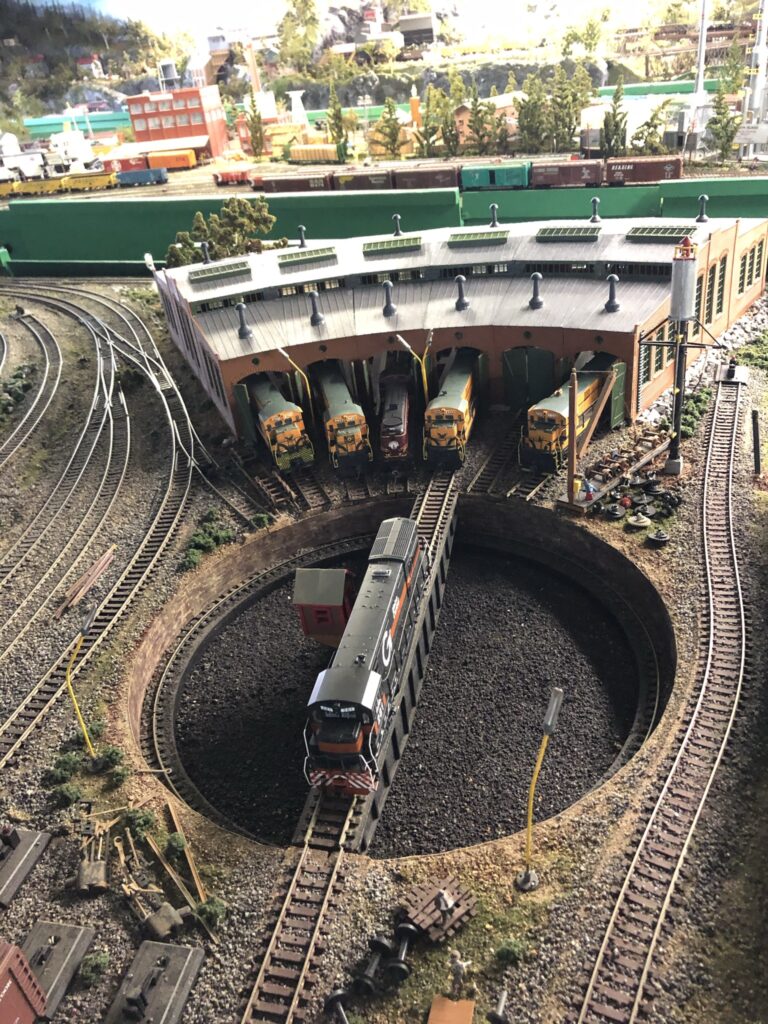 The Maine Central Model Railroad doesn’t have just one, not two, but THREE roundhouses included in its layout. All Aboard!