West Virginia Day at Seashore on June 20th pays homage to the home state of our Car 639. West Virginia was admitted to the Union on this date in 1863. Car 639 is a Cincinnati curved-side built in 1924 for West Virginia’s Wheeling Traction Company (later Co-Operative Transit Company). It was retired from service in 1948. It is one of few survivors of hundreds of curved-side cars and is the standard model that once ran in the Midwest and South. The body was acquired in 1957, from secondary service in Little Hocking, Ohio, the only instance known in which a streetcar was converted into a doctor’s office and pharmaceutical dispensary. After the doctor died the trolley suffered from a decade of benign neglect. The body was donated to the Museum by the doctor’s daughter, Majel Amerine of Columbus.

This is a beautiful trolley restored to pristine condition after years of neglect. A person from West Virginia in their 70’s or older may recall riding in this treasure in younger days. If you are such a person and happen to be visiting us on June 20th your bounty will be two-fold. You will get relive a memory from your youth. And… you will get to do it for free. That is correct! Any guest that hails from West Virginia and is able to visit us for West Virgina Day at Seashore on June 2oth will be admitted free!

As an added bonus, on West Virgina Day, our Pump Car will be available for short excursions. For $2 per person you can operate this car under the trained eye of one of our museum staff. We dedicate a section of track to this activity to provide a safe and enjoyable experience. You can enjoy a ride that is not easily duplicated. Your nominal fee helps fund the ongoing efforts of the museum. Even if you are not from West VA the 639 is a beautiful streetcar and not to be missed! 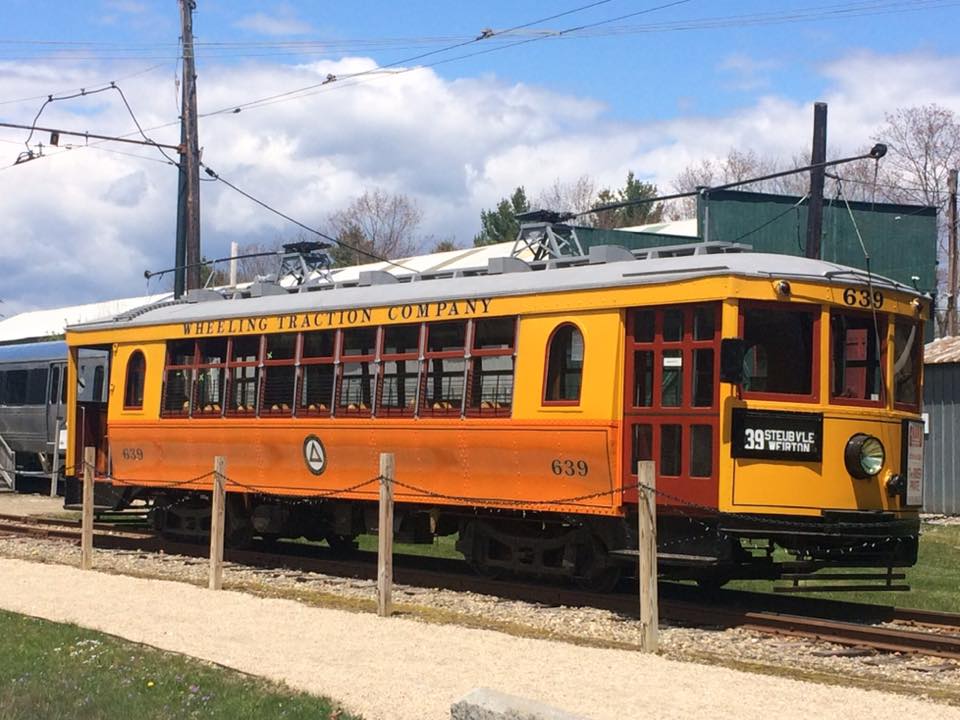